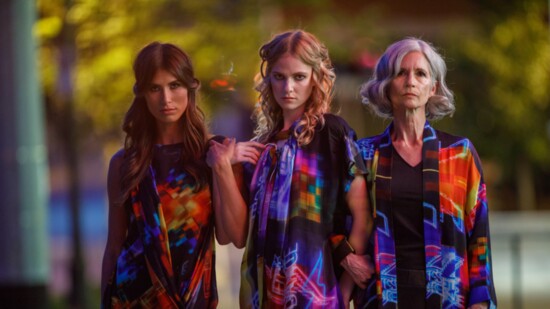 Coming off a year and a half of living in cosies signals it's a perfect time to add a little sparkle back into fall wardrobes. Remember, life's too short to be boring.

Clothing enthusiasts exude lifestyles fueled by a love for classic, timeless and sometimes flashy garments made with the highest level of craftsmanship. At Nashville-based Any Old Iron clothing design studio, concepts and products spring from anything but 'any old' ideas -- and Any Old Iron garments beckon to fashionistas with varied dynamics in play.

"We add new sizzle designs every month, based on music-inspired flair," says Andrew, who relays that his younger self used to rush to dress like new music artists that he discovered or bands he enjoyed.

As a Yorkshire, England native, Andrew likes that the name “Any Old Iron” also is an Old English music hall song that references a young man’s style and fashionable art of dressing – a quality that he assures is distinctly English, and, ever-present in his brand's aesthetic.

A chance meeting at an Irish wedding led to Andrew's first retail store as a multi-brand showcasing of British designers to shoppers in the United States. It's been an ambitious, soulful journey since. "I make things that I like to wear, which sometimes are like a punked-up Liberace approach. I try not to follow trends, and I really like old punk with disco. I like the individualism of the whole Punk movement," he says. "My clothes reflect an alternative music mixture, which certainly includes country."

New Dress Line With A Twist

"This collection is a foray beyond sequins for me, and they're digitally printed. The dresses are easy to wear, and are meant to comfortably go from day to evening. They are bold, bright and colorful," he reveals.

With various fashion shows coming, Andrew says his new, full collections will include his "greatest hits with a few surprises."

For Nashville Fashion Week during Oct. 12-16, Andrew says each designer is only allowed to feature 10 pieces each. "We'll have some fully hand-beaded pieces for the runways, along with fusion of new, one-of-a-kind elements," he adds.

Andrew premiered his first collection at Nashville Fashion Week during 2016.

The Any Old Iron team has access to an off-site tailor, with the shop also offering ready-to-wear items.

Andrew recently designed a custom suit for Sam Williams, the grandson of country music pioneer Hank Williams and the son of outlaw legend Hank Williams Jr. "I got great satisfaction from that. But everyone who comes through our door can be their own celebrity with individual measurements and custom clothes. We're very relaxed and easy-going," he says.

In fact, when asked how he decides what to wear, Andrew admits he has a go-to look with a basic template, but that he doesn't think too much about it, although he does say he always liked to dress "differently." Rather, he lets his intuition lead the way -- often with symbols of skulls, stars and lightning bolts.

"Any challenge is interesting," says the designer of new projects stemming from companies or high-profile clients.

Saying that he's inspired by making their own textiles, Andrew's currently working on uniquely branded pajamas for the global gin distiller Bombay Sapphire.

Around The Fashion Corner

During the early stages of the recent pandemic, Andrew even made facial masks into fun statements by creating a signature, sequined version for both adults and children.

When those masks kept selling out, Andrew says he wanted to do something more helpful in the fight against COVID-19 spreading. So he partnered with Med Threads Nashville, and donated cotton versions of the masks. He says he still helps supply masks to schoolchildren and college students, and will provide discounts to medical teams who may need them in bulk.

He says his overall sales increased by 25 percent once his company joined some online clothing platforms. "We got the eyes of England and Europe during the pandemic, and gained an international following," he adds.

"Now we're thinking people are ready for some going-out pieces. They want some sparkly evenings. And we realize it's not just about designing pieces for being up on stages. Style is shifting in that more people want to put a little more glam into their daily lives. That makes me happy," Andrew concludes.

Any Old Iron is the brainchild of designer/stylist Andrew Clancey. The label's name is rooted in the olden cry of a scrap man collecting metal with his horse and cart. It hearkens to Clancey’s family scrap metal business founded in 1872. “Any Old Iron” also is an Old English music hall song referencing a young man’s sartorial dandyism. 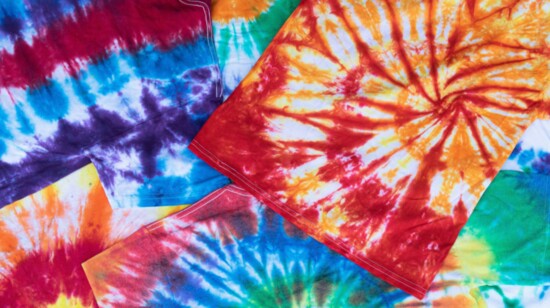