Digital currencies, often referred to as cryptocurrencies, are on the cusp of mainstream. They likely confuse a lot of people…. so we sought some help. Franklin Lifestyle spoke with cybersecurity consultant and cryptocurrency advisor, Anca Pop of Nashville. Anca is the founder and CEO of 365 Striker, a firm that advises companies on information security and data protection. Additionally, she advises companies on institutional cryptocurrency investment and adopting blockchain technologies.

What is the best way to explain cryptocurrency to someone who is unfamiliar?
You may have heard of a few. The most probable being the original cryptocurrency, Bitcoin, but there are other popular cryptocurrencies in circulation. Most of these currencies share a couple commonalities. They are digital and without physical representation. They are built upon a digital ledger technology called blockchain allowing them to be traded securely and without the interaction of third-parties.
Anca says she takes two approaches to explain cryptocurrency to newcomers. “I sometimes compare it to a stock,” she says. “You look at each token as a component of a company. They all have products behind them.” She says she will also explain that cryptocurrency is simply further digitizing our world. “We’re actually virtualizing everything,” she says. “It’s the same idea with money and with cryptocurrency.”

As the original cryptocurrency, where does Bitcoin fit into this new digital medium and what does its future look like?
Anca says she thinks Bitcoin is the gold standard. “We’re always going to talk about [Bitcoin] because it was the first one,” she says. “Every coin or token that comes out is going to be compared to Bitcoin.” She says Bitcoin will continue to have value because its availability is limited.
Bitcoin has competitors for cryptocurrency adoption and usability, sometimes referred to as alt-coins. Anca says the Etherium blockchain network is a more friendly development platform that promotes adoption and ease of integration into things we use every day. “[As a developer] if you don’t want to go to the effort to build your own blockchain, you can use this
existing platform. It works and it’s pretty fast,” she says. Anca does not believe alt-coins, like Etherium, are a threat to Bitcoin.
“Just like with everything, if you think of the U.S. being a free market and being able to buy hundreds of types of shampoo, some are bad and some are good, it just depends on what you’re looking for.”

As a new technology, where are we on the adoption life-cycle?

“I think we’re getting closer to adoption, but we haven’t reached that critical point where it can become mainstream,” she says, "even though we’re starting to see companies and institutions increase their interest. In my mind, we won’t reach mass adoption with the consumer until they know how to use a digital wallet, they know how to trade it and they understand the value behind it. I still think were a few years away from mass adoption,” she says.

There are many different ways to invest in cryptocurrency, where is the best place for a beginner to start?
Cryptocurrency is traded on exchanges. It’s held by funds that can be purchased on stock exchanges and it can be purchased directly from person-to-person. For those trying to get into the cryptocurrency market, Anca says there are products such as Coinbase or Gemini. “These are products that are easy to use,” she says for those trying to learn the process of purchasing cryptocurrencies and looking for a place to start.
Another option is investing in funds, such as Grayscale Bitcoin Fund (GBTC). “This can be for people that don’t want the hassle of learning how to have a wallet or how to trade,” she says. Funds provide easy access to investors, however, Anca says they conflict with the nature of cryptocurrency. “We have to remember the reason cryptocurrency was created. It’s so we can transact directly. We don’t need a bank. We don’t need a fund. People really would need to learn and adjust to how [cryptocurrency] works rather than trusting a third-party fund or advisor.”

How to invest is one thing; where and which coins to invest in are equally daunting.
“I see people that were skeptical of cryptocurrencies before are now more interested, and that’s a good sign,” she says. Anca recommends completing your own research and the investment avenue of your choice. She says many people have told her they don’t invest in things they don’t understand, and she compares this fear to investing in real-estate with limited knowledge. “You don’t have to know everything about real-estate to invest in real-estate. I think the same applies to cryptocurrency. You don’t need to know every single detail, you just need to understand some basic concepts.”

**Disclaimer--Content is for informational purposes only and not financial advice.  It is very important to do your own analysis and research before making any investments.  The information in this content is not advice on legal, tax, investment, accounting, regulatory or other matters. You should always consult your own financial, legal, tax, accounting, or similar advisors before entering into any agreement. ** 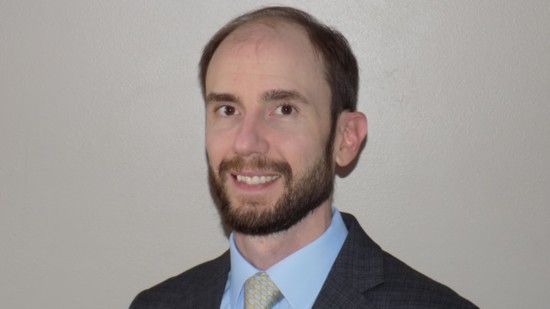