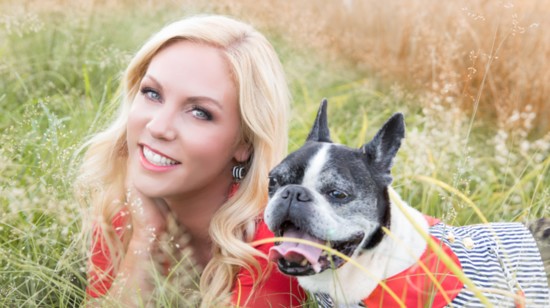 WKRN Reporter Stephanie Langston is constantly on the go. Between sleuthing out crime stories and being a mom to son Zaidyn and French bulldog Rene Charles, she is more than occupied. A true Nashville native, this former pageant girl knew from a young age she wanted to be a reporter. Landing that real-life role had led to some fun fictional reporter roles in productions like Country Strong and Nashville.

After having traveled with a local band The Legendary Shack Shakers after college and a short anchor stint with a station in Mississippi, Stephanie settled back down in Nashville. She married her husband, John, in a circus-themed wedding complete with a ringmaster; aerialist; Rene Charles in his tux; and their boxer, Trinity. John, part of the circus family the Flying Zacchinis, was a perfect fit for Stephanie, who also had spent time hula hooping with the group Spinderellas.

Not only does Stephanie do the research and writing for her stories, she also shoots, edits and produces. After 14 years in the business, her role has evolved; in her current role, she’s happy she’s able to give back to the community by reporting and playing a part in the solution of crimes in the city we all call home. What does a day in the life of an Emmy-nominated Nashville reporter and mom look like?

7 a.m. - Alarm. Cuddles in the bed with her two smallest men, 3 1/2-year-old Zaidyn and Rene Charles, all while checking email, social media and quick glances at news feeds

8 a.m. - Quiet commute to the office with a few minutes of listening to the radio for any top hits and a chuckle before checking in with local law enforcement officials to see if they are working any potential stories

9 a.m. - Breakfast and multi-tasking—yogurt brought from home while settling in and making final changes to any new story ideas

9:15 a.m. - Editorial meeting with her news manager. Time for Channel 2 reporters to pitch and get approval for story ideas and angles.

10 a.m. - Line up stories. Map out the day, schedule people to meet with, reach out to crime victims, victims' friends and family and touch base with eyewitnesses.

11 a.m. - Out the door, feet on the ground around town covering her story

1:05 p.m. - Check in with and post on Twitter and Facebook while compiling story, complete with audio and video needs in real time as the story continues to develop.

4 p.m. - First airing of story on the 4 p.m. newscast. This is usually a shorter “tease” version.

4:30 p.m. - Additional editing, updating of story constantly until final airing of the story.

7 p.m. - Dinnertime with the family

8:15 p.m. - Playtime then bedtime and stories with Zaidyn and Rene Charles. Often she is reciting the Llama, Llama series or Dr. Seuss.

10 p.m. - Quick walk with Rene Charles and good friend who lives close by to decompress from the day