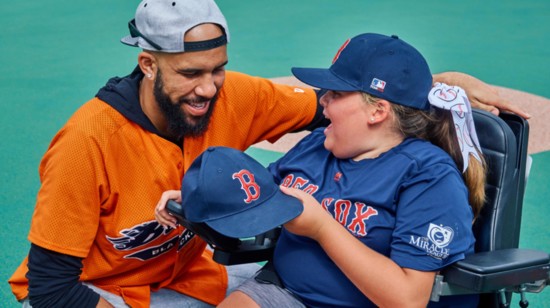 David Price and Project One Four

David Price, a Middle Tennessee native, grew up loving baseball. When he graduated from Blackman High School in Murfreesboro, he never imagined that turning down an MLB contract with the Los Angeles Dodgers would ultimately lead him to the Boston Red Sox. In 2018, David Price starred for the Red Sox during their run to the World Series Championship.

David, who went to Vanderbilt and became one of the university's most decorated baseball players, has now become a five-time MLB All-Star Player and is a genuine hometown hero.

If you’ve ever seen a closeup of David’s glove, the words “Live Like Nate” are stitched on its side. The story behind it is one of friendship, loss and inspiration. Nathan Stephens, David's childhood best friend, lost his life at the age of 22. David vowed to keep his memory alive and to remind people to live life as Nathan did: full of joy with a heart for giving.

It’s not surprising to learn that David founded Project One Four, a 501(c)(3) public charitable foundation, in 2008. Project One Four (named for the No. 14 on his early career jersey) serves the Middle Tennessee community.

“Murfreesboro and Nashville will always be home to me," David promises. "My parents and I started Project One Four with the thought of giving back to the people of this area. My whole life, my parents have always encouraged me to give back, even before I became a professional baseball player. We're happy to be able to do so. I'm proud of what we've been able to do, especially with the field for the Miracle League.”

Miracle Field is a rubberized baseball field built for kids and adults with special needs and can accommodate wheelchairs. There's also a buddy system that pairs able-bodied peers with the Miracle League athletes. Play ball, y'all!