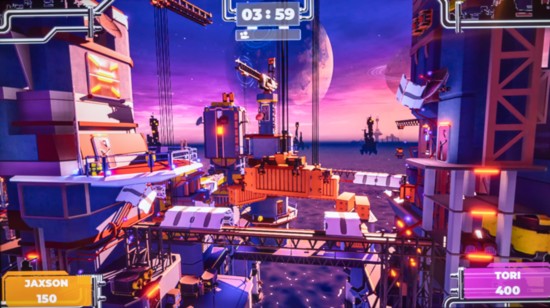 State-of-the-Art Entertainment in the City by the Lake

One of the biggest trends in entertainment today is virtual reality (VR) gaming. Featuring high resolution 3D imagery, realistic surround sound and physical motion support, VR games provide fully-immersive entertainment that has to be experienced to be believed.

VR systems have become very common at theme parks around the country, including Disney World and Six Flags. Offering superb VR technology, these destinations attract thousands of visitors each year who want to enjoy the ultimate entertainment experience.

However, travel and accommodations for theme parks can be very costly, especially for families.

Fortunately, Hendersonville folks do not need to take an expensive trip to experience VR. Instead, they can just take a short drive down West Main Street to Adventure Alley, home of some of the most advanced VR games around.

“We started exploring VR opportunities in late 2018, and we came to realize that this was the future of entertainment,” says Adventure Alley owner, Barbara Holder. “We did a lot of research into the technology, including attending industry trade shows.”

After completing her due diligence, Barbara determined that the time was right to take the plunge into the VR world.

“Once we committed to VR, we began our rebranding process,” says Barbara. “We changed our name, and we adopted a new logo – ‘Adventure Alley – We make fun a Virtual Reality.’”

“When we purchased Hologate, it came with only one game installed,” says Barbara. “However, Creative Works has added six new games over the past year, and they are continuing to create new experiences.”

After seeing the success of Hologate, the Adventure Alley team continued to expand their VR offerings. In short order, they added two new attractions – Virtual Rabbids, a two-player, three course system, and VR Pods, which offer over 100 roller-coaster ride experiences. As with Hologate, these systems also proved to be very popular.

In late 2019, Adventure Alley decided to purchase its most advanced virtual reality system yet, called Blitz. Blitz is an intense multiplayer racing simulation that offers multiple course and vehicle selections.

Looking ahead to the future, Barbara is confident that virtual reality is the new reality.