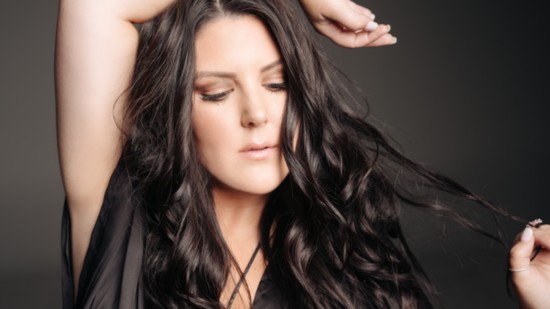 She won the hearts of millions on "American Idol" in her early 20s and six years after that triumphant run on the show, the Season 12 runner-up is forging a new path for her career with the release of her sophomore album, Chosen Family Tree. Kree reveals, "I feel this shows a different side of me. All the love I put in to this record – I think you can hear it. I’m so proud of this album."

Is she worried at all about what the industry terms, the 'sophomore slump?' The tough Texas native doesn't give in to the negative. "To be honest, every chapter is important and this is just the next one. And this album is different because I’m a little older and lived a little bit more life."

Harrison penned 13 of the album's 16 tracks and when asked what inspires her when she's writing, she replies, "It’s always different. Sometimes I wake up with an idea or a melody. Or if I go to a co-write, one of my co-writers may have an idea and we’ll feed off each other. Co-writing is my favorite for that reason. Sometimes I get to go places where I wouldn’t usually if that person hadn’t been in that room."

In fact, Says Kree, “I went back and forth for a while on what to name this record. It felt like I was naming my first child. I asked people close to me who’ve heard the record for their thoughts, and even made a pun-worthy, hilarious list with friends to see if any would strike some ideas like ‘My Kreeation’ and ‘Second Choice or Runner Up’ to poke fun of me being second place on American Idol, ha!”’

“But from the day we wrote ‘Chosen Family Tree,’” Kree continues, “I knew that was the title. My co-producers and I dreamt up this record a year ago. From
the musicians we chose to put their magic on it, to the writers who wrote with/without me for it, to those who sent me songs and allowed me to make them mine...I made this record with people who inspire me, humble me and champion me. They are all a part of my ‘Chosen Family Tree,’ and I’ve never been more proud of anything I’ve ever made."

Well, does the former Idol contestant still watch the show?  "I do sometimes still watch Idol. I keep in touch with a lot of the crew. I think it’s an amazing platform for us rather than taking the traditional route."

Harrison has lived in Nashville for over a decade, but enjoys spending time in Franklin. "I love downtown Franklin a lot. I love the festivals they have downtown. Its kind of dreamy, very welcoming I find."