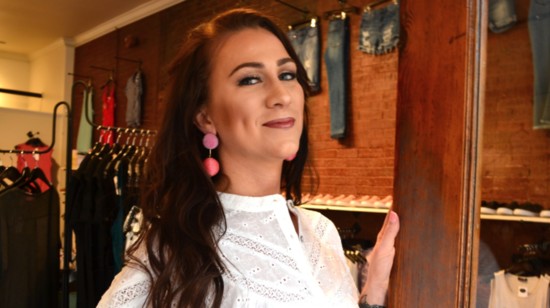 Katie Creighton was named Miss Tennessee International back in April. Her characteristics of leadership, intelligence, beauty and glamor and her willingness to work hard on her platform are what won her the title. While she's certainly rocking some stunning, cool fashion from Gin-O Boutique in downtown Franklin, she also has another job to do.

Katie's platform is improving the lives of some of Williamson County's young citizens. She is the founder and CEO of Erika's Safe Place, a local nonprofit whose mission is to prevent at-risk youth in Williamson County from re-offending, being sent into custody, dropping out of school, and/or ultimately spiraling downhill into suicide.

Katie's best friend from high school, Erika, committed suicide in 2015. As teens, both girls struggled with self-worth and delinquent behaviors. Unfortunately, those unresolved emotions and thoughts followed Erika into adulthood. Katie says after Erika passed away, she started to research suicide statistics and found suicide to be the leading cause of death amongst adolescents. Williamson County is ranked second in the state for teen suicide and nationally, suicide has increased 128 percent since 1980. September is National Suicide Prevention Awareness Month. For more information, visit ErikasSafePlace.com.