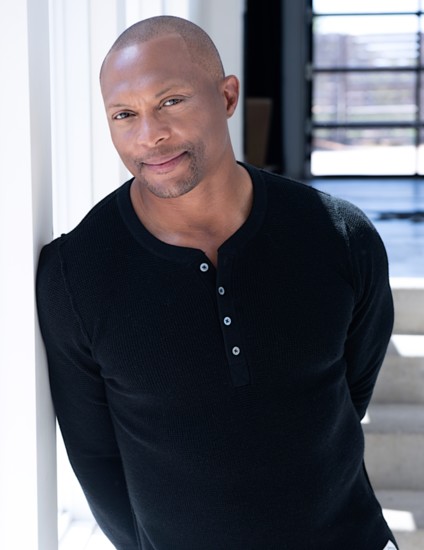 Not Rushing Through Life

It’s halftime at the Titans’ home opener this season. The fans filling the stadium are witnesses to a special ceremony. Two jerseys will be retired, 27 and 9, the highest honor a team can bestow upon its greatest players. They are the numbers of Eddie George and the late Steve McNair.

As a lone cloud in the shape of a nine floats directly overhead (feel free to Google it), Eddie George steps to the microphone to give expression to the moving moment. He waits for the crowd’s chants of “Eddie! Eddie! Eddie!” to fade before beginning with a quote from Shakespeare: “Those friends thou hast, and their adoption tried, grapple them unto thy soul with hoops of steel.”

The quote perfectly encapsulates the indomitable spirit that made the Titans of Steve McNair and Eddie George so special, those Music City miracle makers who demonstrated time and again the ability to overcome adversity and persevere, their “adoption tried,” as Shakespeare put it. But what were the ingredients that comprised the team’s indomitable spirit? Eddie gives the answer in just four words: “Trust. Accountability. Respect. Love.”

If Eddie George had never played a single down of football, if he had never won the Heisman Trophy or the NFL’s Rookie of the Year, if he had not gone four times to the Pro Bowl or had led Tennessee to an AFC championship and to Super Bowl XXXIV, if he had not amassed 10,000-plus yards rushing without missing a single game or received nomination this year to the Hall of Fame, then he would still merit a feature article. Eddie George is not just a gridiron legend whose playing days now lie in the past (no matter how much Titans fans wish otherwise); he is a present-day tour-de-force as an entrepreneur, an educator and an actor.

To succeed in his wide-ranging endeavors, Eddie relies on what he calls his four pillars: the spiritual, the mental, the social and the physical.

He prioritizes the spiritual.

“By living spiritually,” he says, “everything else falls into alignment.”

For Eddie, living spiritually entails attendance at church and following biblical principles. It also entails morning family prayer circles and daily practice of prayer and meditation on his own.

“For mental,” Eddie says, “my purpose is to have a clear thought of who I want to be. To be the best mentor, guide and leader I can be. To guide my family, and to make sure I’m mentoring well to my sons, Jaire and Eriq, and others after them.”

As for the social pillar, Eddie seeks the company of other leaders.

But he also ensures he doesn’t get so wrapped up in career goals that he neglects what’s most important: his family. Eddie sets up a weekly date night with his wife, Tamara, the woman he addressed in his Titans speech as “my universe, the love of my life, my beautiful and talented wife.”

The physical pillar is more obvious. He is, after all, Eddie George. Still, few realize that in this year alone Eddie will accrue almost five times more yards in swimming than he ever did in rushing throughout his entire career.

The exercise has paid off.

“I’ve lost 25 pounds and am back to my old playing weight of 240. I maintain my body correctly so I can live longer and healthier. Plus my joints feel better,” he adds.

Eddie’s practice of the four pillars provides him with the foundation for his remarkable achievements in very different fields. As an entrepreneur, Eddie has launched a number of successful businesses that benefit people, including the Edward George Wealth Management Group, a client-centered firm that creates not just investment portfolios based on clients’ investment goals but provides estate planning, tax planning and retirement planning as well. To develop his business acumen, Eddie earned an MBA at the Kellogg School of Management at Northwestern University.

Educationally, Eddie saw the need for a college course that could help those aspiring to join the ecosystem of professional sports—from players to coaches to agents to managers to team executives—understand the special pitfalls and challenges of the sports entertainment industry. The course he developed, The Business of Professional Sports, is offered at the Fisher School of Business at The Ohio State University.

As an actor, Eddie has played many roles to critical acclaim, from the noble general Othello in Shakespeare’s play to the less than noble defense attorney Billy Flynn in Chicago on Broadway.

“I prefer the stage to being in front of the camera,” Eddie says. “The stakes are higher. It forces you to really pay attention.”

As for what we can expect in the future?

“I’m working on a one-man show,” he shares. “It’s been 12 years in the making. The story of how I became me. I want my story to be accurate and authentic. While I’m still breathing, I want people to be inspired by the things I’ve done or learn from the mistakes I’ve made.”

If past is indeed prologue, then the self-told story of this remarkable man will prove an inspiration to all.