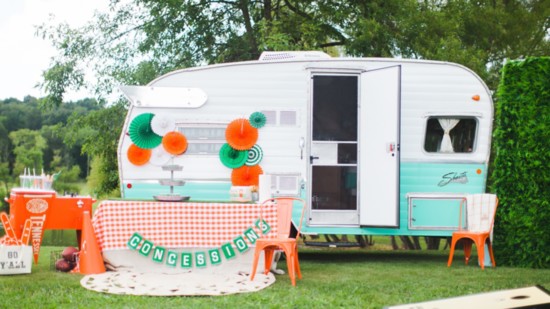 Glamping And Camping In Style

Camping outdoors can be a lot of fun, but some people don’t like the idea of spending the night in leaky tents while sleeping on the hard ground.

Morgan and Ashley Gliko, owners of The Flying Ham, came up with a way to incorporate camping with a little bit of luxury and a lot of comfort. The Mount Juliet couple rent out 2015 Shasta Airflyte campers that look exactly like the original 1961 Airflytes, as well as glamping tents.

“These campers are called canned ham campers; they resemble a can of ham on its side,” says Ashley. “The Shastas are specifically known for their iconic wings on the back. We like fun names, and when we came up with The Flying Ham, we didn’t even consider anything else.”

Morgan and Ashley met when they were both in the U.S. Air Force. Now married for 15 years, they have two sons:  8-year-old Jack and 5-year-old Ben. In 2015, they were working long hours and decided to make a change to spend more time as a family. So, Morgan stopped working to stay home with their second child. Starting Flying Ham was a great supplement for their income and a way to share their love of these campers with others.

“I’m originally from Montana and we travel back and forth to Montana a couple times a year,” says Morgan. “This was one of the reasons we initially got the little red 16-foot camper.”

“People had such a great response to it,” says Ashley. “It brought so much joy to everyone and put a smile on their faces.”

They all have the same amenities, which include stainless steel appliances, kitchen utensils, coffee makers, televisions, blue ray players, record players with records and hammocks. Everything is included, even the pillows and bed linens. The campers also have air conditioning, heat, running water and bathrooms with showers. All the comforts of home, in the great outdoors.

Last year, for the Bonnaroo Music Festival, they added tents to their rental business. All of them come with glamping gear décor and have rugs, vintage lanterns, radios and whimsical twinkle light chandeliers. Cots, pillows, bed linens and sleeping bags are all provided, and all have air conditioning.

“The nice thing about the tents is we can bring them right to your backyard and set them up,” says Morgan. “If campgrounds aren’t your thing, or if you just want something at home, the tent is perfect. The tents originally started with the Bonnaroo Music Festival and evolved to include other events and parties.”

They’ve even been used indoors, including at the Country Music Awards After Party at the Municipal Auditorium. Morgan says there are lots of different things one can do with them besides just camping; they’re very versatile.

The campers and tents also have been rented out for birthday parties, weddings and other events. Customers also have had campers delivered right to their driveways and used them as extra bedrooms for guests, especially around the holidays. In addition, because of their retro look, the Airflytes have been featured in quite a few photo shoots and music videos.

“What’s nice about the Flying Ham is that it’s a family business,” says Morgan. “We can do it together. Sometimes the kids come with me on deliveries, and sometimes we all go.”

If interested in renting one of these campers or tents, try to reserve at least one to two months in advance, especially during their busy months, which run from April through November. The campers are delivered to the destination, while tents can be picked up or delivered.

For those who would like to camp, there is a list of campgrounds on The Flying Ham website. Ashley said they often advise people on where to stay and the types of things available at local campgrounds, such as playgrounds and lakes. 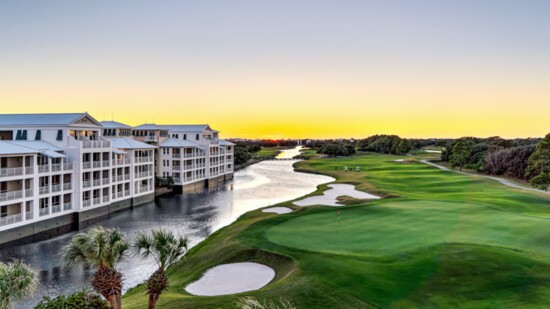 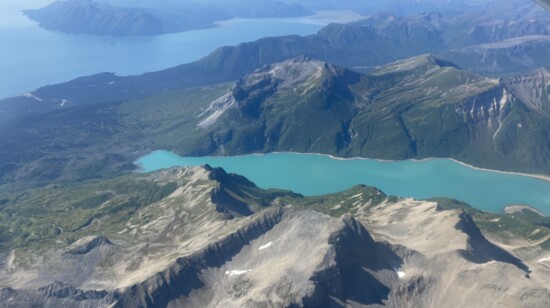