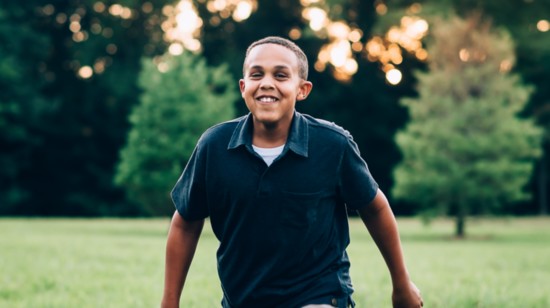 When Case Hogan entered the world in 2007, tipping the scales at 10-plus pounds, he seemed just fine. However, symptoms soon appeared, relatively minor ones in and of themselves—ear infections, loud breathing, a slightly enlarged head, some diarrhea—but together indicative of a serious malady. But what? Doctors were flummoxed; they could not say. Melissa Hogan, Case’s mom, wanted answers. She got them in an unexpected way. Her own mother, a nurse, would happen to watch a television show called Mystery Diagnosis, the episode focusing on a rare genetic condition called Hunter Syndrome, which affects only about 500 kids nationwide. Symptoms included ear infections, loud breathing, a slightly enlarged head, some diarrhea and about a dozen others, all of which Case had.

“If my mom had not seen that show, he would not have been diagnosed for another year or two,” Melissa says.

Still, the prognosis in 2009 was a particularly grim one: progressive debilitation with a life expectancy of about 10 years. No cure. The problem lay in the inability of boys with the condition—Hunter Syndrome occurs almost exclusively in males—to produce an enzyme that breaks down waste in the body’s cells, allowing the waste to accumulate over time. This means that most boys with Hunter Syndrome develop relatively normally until about age 3 or 4 and then begin regressing, slowly losing their ability to walk, talk and even eat. Most do not survive to become teenagers. One family in Nolensville lost three sons to Hunter Syndrome.

Case began enzyme replacement therapy immediately utilizing Elaphrase, the only FDA-approved treatment available, and at nearly $600,000 per patient per year, one of the most expensive drugs ever produced. Still, the drug could merely slow the syndrome’s insidious effects, and the treatment itself, dripping into Case via IV, took hours to complete, week in and week out.

“For the first couple of years, we lived at Vanderbilt Children’s hospital,” Melissa says.

However, while the treatment could help Case flush the waste in most of his body’s cells, it could not cross the blood-brain barrier, leaving no way to remove the cellular waste accumulating in his brain. Case’s IQ began to decline, falling to 70 by 2010. His loss of mental acuity qualified him for an experimental treatment at UNC Chapel Hill utilizing the same enzyme he was receiving weekly in his body but reformulated for his brain and administered in his spinal fluid. In 2011, Case began receiving this treatment, the fourth patient in the world to do so. His intellectual decline leveled off.

Clearly, Case has been dealt some difficult genetic cards, but he still has a couple of aces in his hands: his parents. His father, Chris Hogan, author of Retired Inspired and a prominent speaker on leadership and finance, could double down to support the family; Case’s mother left her prestigious career as a corporate attorney to help launch and lead Project Alive, a Tennessee-based nonprofit to bring together Hunter Syndrome families, advocate on their behalf and raise funds to find a cure. Because the syndrome is so rare, pharmaceutical corporations do not fund much research. Most of the funding for research comes from Project Alive.

“I would have been a workaholic and not as appreciative of every little gift if this had not happened,” Melissa says. “To whom much is given, much is required. I look at my friends whose kids are dying. My child might still die eventually.”

But not without a fight. Currently there are about 60 families actively fundraising to pay for a promising clinical trial utilizing gene therapy at Nationwide Children’s Hospital in Columbus, Ohio. While some big names have contributed—The Mark Cuban Foundation, for example, donated $250,000 this year—the fundraising has been mostly a scrappy, grassroots affair, an effort netting nearly $2 million of the expected $2.5 million cost of the trial.

“That’s the really humbling thing,” Melissa says. “People stepping in to help. One girl from Hawaii sent us her allowance. But it’s not just the money. To see people come into the story, it fills them in ways that money can’t.”

To get into the story yourself, visit Project Alive and view the remarkable videos about these boys and their lives. Also, during the month of January, stop by Sugar Drop Bakery in Brentwood to purchase lots of "Sweet Project Alives," custom cupcakes created just for Project Alive. All proceeds from their sale go toward funding the clinical trial.

These days, Case can read 75 words and cook his own snacks in the microwave. He can also swim, tease his brothers and laugh at their jokes. Case is alive—and all of us can help him stay that way.