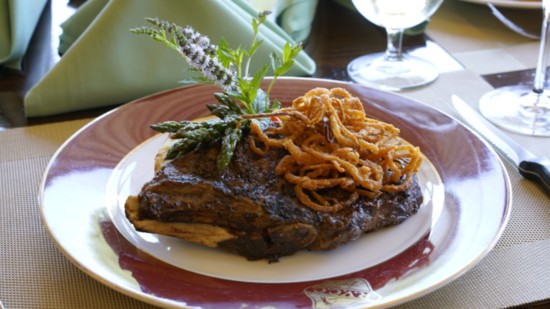 Where Everybody Knows Your Name

Photography by Tier One Ventures LLC

For this month’s Open House feature, we selected Raritan Valley Country Club (RVCC), a private, member-owned club known for its championship golf course and exquisite cuisine. David and Kristi Briones, along with their daughters, Dylan (11) and Whitney (8)—involved members of this premier club—volunteered to give our readers a tour of all that RVCC has to offer.

After giving birth to their youngest daughter, David and Kristi felt a desire to become more involved in the community. They explored other local options but were drawn to the community-driven nature of this family-friendly country club.

“When you’re new here, there isn’t any pressure to introduce yourself because you’re met with a hello from every member. Everybody knows your name,” David says.

The Brioneses spend much of their free time at RVCC. Taking after Kristi’s roots as a swimmer for Villanova University, on a typical summer morning, the Briones girls can be found at RVCC's Patriots Swim Team practice. They are proud of their undefeated season! And even though it was David who played tennis for Fairfield University, nowadays it’s Kristi who is a regular on the RVCC tennis courts.

As a managing member at Brio Financial Group in Somerville, it’s convenient for David to take advantage of all the amenities RVCC has to offer. When asked how many times a week he plays golf, David grins sheepishly and says, “Maybe twice.”

Kristi raises her eyebrows, and Dylan quips back, “Dad, you play golf like every day!”

David laughs and shrugs. His body language suggesting that perhaps his family is keeping better track of his golf outings than he is.

The entire family agrees that one of the best perks of the club is the amazing food. While the girls are big fans of the milkshakes and “best lemonade in the world,” Kristi and David couldn’t say enough great things about the club’s award-winning chef, Filomena Lombardi, who hosts phenomenal themed dinners throughout the year.

“It’s not your typical country club food. Filomena’s fried chicken is out of this world,” Kristi says. The club is also known for its spectacular wine pairing dinners featuring wineries from around the world.

From their Fourth of July fireworks to Halloween parties and standing-room-only Happy Hours, Kristi and David say their favorite thing about RVCC is the extensive social calendar. David currently serves on the Executive Committee of RVCC's Board of Governors and works with various committees to ensure that member wishes are being fulfilled. For example, upon member request, they now host a Pro Football Draft Party.

“It’s not pretentious here at all; everyone is always welcoming,” David says. Community is at the core of RVCC, and Kristi and David are committed to maintaining an inclusive family club.

Golf: With its incredible views and challenging terrain, the 18-hole golf course is enjoyed by beginners and low-handicap golfers alike.

Racquet Sports: RVCC offers tennis players of all ages and levels the ability to train and compete, both competitively and socially. The club also offers squash and pickleball.

Aquatics: Whether you want to work on your tan, take a water aerobics class, frolic in the water or sip a cool drink poolside, this pool is the place to do it!

Dining and Social Events: With skillfully crafted menus that change seasonally, members are treated to a culinary experience like no other. A full array of special events frequently brings their members together to socialize.

Junior Programs: RVCC is proud to offer a variety of programs for their youth including a junior golf program, a competitive swim team, junior tennis programs and summer day camp.

“When you’re new here, there isn’t any pressure to introduce yourself because you’re met with a hello from every member. Everybody knows your name here.”