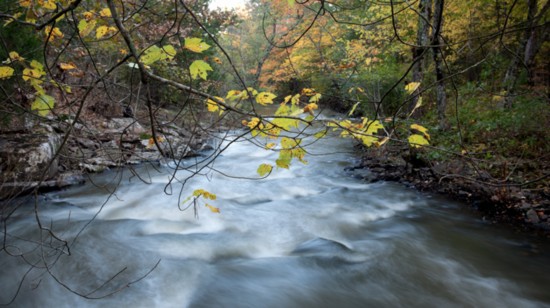 Ginna Dowling grew up surrounded by art. As one of five women artists in three consecutive generations of her family, she came of age playing in studios, surrounded by drawings, portfolios and the smell of damp clay. While many of her family members were painters, sculptors and poets, Ginna was drawn to printmaking as her chosen medium of expression.

Ginna is a contemporary printmaker and installation artist and uses symbols, visual references and layers to tell a story with artistic, educational, societal and cultural connections. Her current work focuses on personal symbols, or identity glyphs, created by people within our community.

Her ongoing project, The Inherent Language of Life, has been exhibited at the MAINSITE Contemporary Art gallery in Norman and with the Cultural Connections Artist Exchange Residency with Norman’s sister city, Clermont Ferrand, France.

“The most significant project to date is the newest manifestation of my project, called The Language of Hope and Courage, at the Children’s Hospital at OU Medicine in Oklahoma City,” she explains.

“The project empowers critically ill children to experience creative expression as part of the healing process.”

The symbolic identities and creative representations of the patients will be merged into a life-sized visual story installation that represents the indomitable spirit inherent to children battling illness and disease.

“It will continue to tell the stories of these brave children, long after they have left the hospital. It will also bring hope, inspiration and the power of art to different types of people,” she concludes. “The impact and reach of this project are immense, and my work with the Children’s Hospital is providing verification of the benefits of art in medical terms. Whether it is from an individual or community standpoint, participating in creativity is imperative to our well-being.”

Michael Duncan: Capturing the Emotion of the Moment

When Michael Duncan was just 8 years old, he spent the summer with his father photographing the Bay Area of California on 35mm film. This early introduction to photography quickly developed into a lifelong passion, sparking a desire to capture meaningful moments forever.

As a teenager, Michael worked as a photographer for a weekly newspaper in his hometown of Wilburton, Oklahoma, and followed his love of photography to the University of Oklahoma’s College of Journalism. He ultimately became an attorney, graduating from the OU College of Law in 1985.

For more than 34 years, Michael has practiced law at his law firm in downtown Oklahoma City, but he has never stopped photographing the important people, places and things in his life.

“I've joked that I started our law firm so I would have my own place to hang my photographic art,” Michael said, laughing.

Photography helps connect Michael to a larger world outside of himself and the courtroom.

“When I'm photographing a musician at the Woody Guthrie Festival or the dancers at a Native American powwow, I am immersing myself in the creativity of others, and that's really a cool experience,” he explains.

Michael is a contributing photojournalist for the Non Doc news website, and his photography has been showcased in galleries in Oklahoma City, Santa Fe and more. After he retires from practicing law, Michael hopes to open an art gallery in Norman and highlight the work of other talented local photographers. In the meantime, he continues to focus on his own art.

“I want to keep working at capturing an image that reflects the importance of the subject and the emotion of that moment. When my images actually create some emotion in the person viewing it, that's even more special. For me, that's success.”

Local sculptor LaQuincey Reed began his artistic career as a painter, but ultimately found he could express himself best through clay.  While pursuing a studio arts degree at the University of Oklahoma, he discovered a love of sculpting and the business that revolves around it.

“Being creative and not having the same task every time is the greatest joy of being an artist,” LaQuincey explains. “You constantly have to solve aesthetic problems and learn from your previous works. The process and communicating your ideas make it meaningful.”

Some of LaQuincey’s more memorable commissions include a Black Kettle portrait bust for Southwestern Oklahoma State University in Weatherford, a cross for St. Andrew’s Community United Methodist Church in Moore and a bust of President Grover Cleveland for the Cleveland County Courthouse in Norman.

LaQuincey also spent six years as an assistant sculptor on the Oklahoma Land Run Monument in Oklahoma City. His current project is a series of sculptures exploring African Americans in the West and their influence on the western culture from the past to the present.

“There are so many stories that aren’t told, and many representations of the African Americans in the West are limited in their scope and quantity,” Reed adds.

In addition to his professional work, LaQuincey teaches middle and high school art in both Oklahoma City and Jones Public Schools. Teaching has helped him learn to recognize his own shortcomings and helps him become aware of how to engage the next generation of potential artists.

In 2020, LaQuincey’s work will be featured in the Cattlemen’s Western Art Show in Paso Robles, California, the Summer ArtFest at Whitefish, Montana, and the Buffalo Bill Art Show and Sale in Cody, Wyoming.