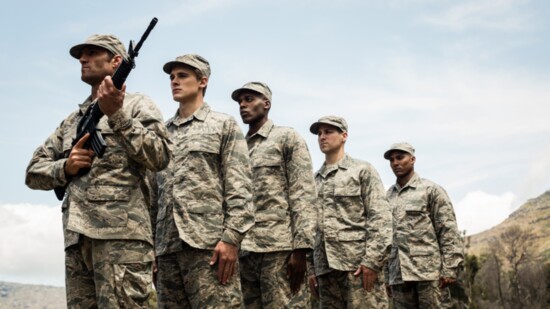 Coach Torres of Bear Pit stays true to his military roots with toughness and training.

Coach Torres founded Bear Pit 11 years ago as a training facility for mixed martial arts and pre-military training for individuals before reporting to boot camp. Coach is true to his military roots by investing in the development of self-confidence and strength of his members using MMA, boot camp, self-defense, and pre-military preparation exercises. As Bear Pit had grown from just a few members 11 years ago, its membership makeup has changed significantly to currently over 75% women; Coach says they all feel like family. Coach Torres is deeply committed to supporting the armed forces, firefighters, and veterans and encourages their members to be active in community support, and has brought a fundraising arm to Relay for Life and Taylor’s Wish 5K, where they won the Biggest Team award. Bear Pit is active in the Marine’s Semper 5k and participates in Anaheim’s 4th of July events by gathering one hundred people to carry military banners in the parade. In 2019, Coach fulfilled a dream of launching Battalion Bear Pit, a non-profit aiding the preparation, support, and acclimation of pre-military, active duty, and veterans utilizing the Bear Pit facility as its home base. Coach is a Marine veteran serving from 1990 – 1994, with deployments in Somalia and Desert Storm.