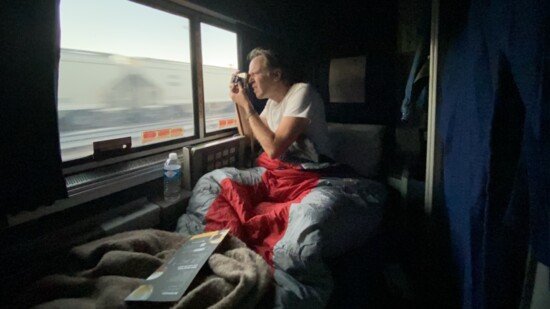 Mark Lipczynski is a local commercial editorial and fine art photographer with the creds to back it up. He studied journalism and photojournalism at the University of Maine, Orono. But it is the other, less formal title he embraces—foamer.

Lipczynski is a self-avowed railfan, chasing trains for a great photo. And, he openly uses the term foamer. Coined by railroad workers, it refers to over-the-top rail fans who chase trains across the country.

“Basically, it is used to describe the people that get so excited when they see a train that they foam at the mouth,” laughs Lipczynski. “So, I kind of just take that term and run with it. I figure owning it takes away any of the pejorative qualities.”

In fact, although Lipczynski displays his commercial work on his website at MarkLipczynski.com, he created a website for his train photos at AnalogFoamer.com. This gives a nod to the analog film he typically uses to capture trains. He also has an alter ego he uses on Instagram at @marktraain.

Lipczynski’s love of trains stems from his father’s train adoration.

“I grew up in the Rust Belt,” he explains. Back in the mid-'70s, his native Ohio was filled with industry and train tracks. “My older brother and I both love chasing trains and taking pictures. A lot of the trips we used to take together with our dad were just to go see trains. It’s very special to me to have that. I cherish it.”

In 2019, Lipczynski and his brother chased one of Union Pacific’s (UP) historic “Big Boys” for about 300 miles from El Paso, Texas to Willcox, Arizona. These World War II-era steam locomotives were some of the most powerful that ever ran on U.S. tracks. UP preserved two locomotives and Lipczynski treasures that experience.

“That was the coolest thing for us,” he exclaims. “It was a really special thing to share with my brother.”

The pandemic brought Lipczynski’s train photography to the forefront.

“I was reflecting on my history and my past and where I come from,” he explains. “It didn’t put anybody at risk for me to go out to the train tracks and watch trains. I decided I’d like to honor my history and my family.”

“I allowed the train to blur as it ran through the frame,” he explains.

He ended up winning the annual membership competition from Filter Photo.

“I hope the meaning comes across,” says Lipczynski, referring to this new collection. “This is a story of my history and my past, and how we’re connected through distances of time. The train is kind of like a conduit or a time machine as you see it going off into the distance.” 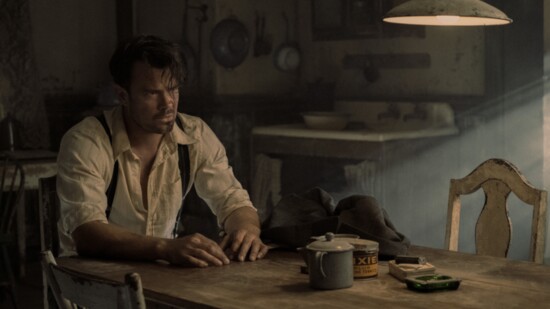