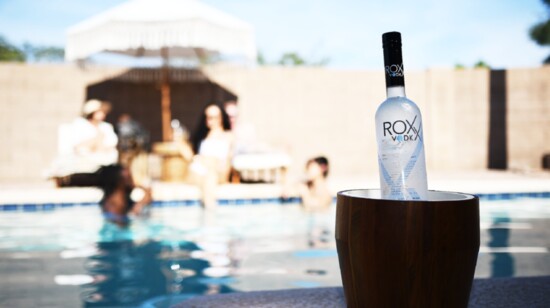 The Spirit of Perseverance

“I began my journey with just a recipe,” says Paradise Valley entrepreneur Angela Nielsen. The recipe in question? How to make Roxx Vodka, an award-winning premium craft vodka imported from Poland and distributed in Phoenix.

Originally working in local advertising, Nielsen made successful connections with national retail brands. This led her to launch Mail America, a national print marketing firm. Through Mail America, she grew annual revenues to more than $20 million per year when she founded Nielsen Publishing, which produced an award-winning design and architecture magazine, Sources + Design.

Then, the Great Recession hit—and with it, a business deal that went south. As part of the settlement, Nielsen was given the recipe to the spirit that would become Roxx Vodka.

“I had no idea all of the government permits, licenses, and loopholes I had to jump through just to bring Roxx Vodka to market,” she shares. “I funded my entire business from 2012 until the end of 2018. Once I realized how incredible the vodka was, I knew it was a matter of consistency and connecting with the right network.”

Roxx was founded locally, but Nielsen chose to produce the vodka in Poland.

“We chose Poland to produce Roxx because it has a tradition of more than five centuries of master distillers,” she says. She adds that the flavor is smooth and refreshing due to Poland’s natural springs.

The flavor of Roxx Vodka is made using four pesticide-free grains, giving it a complex tasting profile.

“While enjoying Roxx, you will experience a dry yet fruity taste along with a hint of pastry ending with a peppery, yet very smooth finish,” she explains.

While Roxx Vodka launched in 2012, it wasn’t introduced to consumers until 2015. Nielsen recalls that the brand started off strong, gaining loyal customers and national attention. Then, ExxonMobil filed a lawsuit against Nielsen’s company regarding the original logo.

“The ExxonMobil trademark infringement case certainly shut me down and drained me of all of my capital, but I knew I had to somehow find a way to keep going. I had nearly 1,400 cases of Roxx that I could no longer sell because of the Exxon case,” Nielsen recalls.

“I was introduced to Burke Files, who helped me tremendously with setting the company up to receive a small friends and family round of funding,” she explains. “I was able to finally relaunch Roxx in October 2019, but Covid-19 shutting down all restaurants and bars in March 2020 also meant a shutdown for Roxx. I was again faced with a major setback, but now I also had a handful of investors that I was accountable to, as well.”

Luckily, in August 2020, Nielsen says her current business partners tried the vodka brand for the first time and loved the product.

“They could not have found me at a better time, and we officially became partners this past April. We align in keeping the integrity of the product, company, and overall customer experience, so I'm thrilled.”

Today, Nielsen and ROXX Vodka are back at it.

“Roxx Vodka is based in Arizona, and we want to be a big part of our community,” she says. “We are partnering in events that will benefit the local Phoenix community such as Phoenix Children's Hospital, Leukemia & Lymphoma Society, Make-A-Wish Arizona, Kids in Focus, and so many more.”

She adds that Roxx can also be found in several restaurants across the Valley, and will soon be sold at Arizona-based grocery stores.

As the brand becomes well-known locally, Nielsen hopes to eventually expand to other states.

“I'm truly blessed to have gone through and survived all of the situations that made me a stronger person,” she says. “Roxx Vodka is a beautiful diamond in the rough and it deserves to finally shine.” RoxxVodka.com