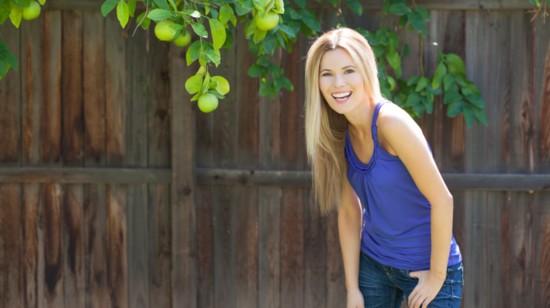 In 2002, Rachelle McCray’s mother was so sick that she passed out while at her high school graduation. Her mother, Mindy, had been ill for a while. She was later admitted to the hospital where she was diagnosed with stage four renal failure due to Alport Syndrome—a genetic condition characterized by kidney disease, eyesight issues and hearing loss. The treatment? Mindy needed a life-saving kidney transplant. Many of her relatives were tested and weren’t found to be a viable match. But her father-in-law turned out to be one. So on April 12, 2005—three years after Mindy was diagnosed—she got a new kidney.

During this time, McCray was on the pageant circuit and decided to use her platform to raise awareness of her mother’s condition.

“One of the things that we have the privilege of doing during our year is we get the opportunity to represent causes or things that are important not only to us, but to other people,” says McCray, who also has Alport Syndrome. “Going through this experience had such a profound impact on my life that I wanted to do something to help other people, as well. I wanted to utilize the voice of a crown to educate and advocate for people with not only Alport Syndrome, but with kidney disease who need a lifesaving organ transplant.”

So McCray brainstormed with her pageant coach at the time, Gina Salazar, about what they could create to support this cause that would also be fun and interactive. And back in 2005, they came up MinMinBears, named after Mindy’s nickname, Min Min.

In 2011, McCray won Miss Arizona United States. She spent the next year as an official spokesperson for the National Kidney Foundation of Arizona. All proceeds from the MinMinBear Initiative benefited the Foundation and supported public education and patient aid.

Flash-forward to 2019, and McCray’s mother is sick again. She needs a new kidney. So McCray, a former NFL cheerleader and former QVC TV host and producer, decided to bring back the MinMinBears and start a foundation, in part, as a way to help her mother.

In 2020, the MinMinBear Foundation (MinMinBearFoundation.org) was launched and registered as a 501(c)3 nonprofit. During this first year, the foundation is operating solely based on donations. Contributions are tax deductible. To coincide with the launch of the foundation, the organization is starting a social media campaign called the #minminbearchallenge. The goal is to raise awareness of kidney disease, tell Mindy’s story—and help find her a kidney. Each individual is tasked to tag at least three friends with the MinMinBear or another bear living his “best” life—the one Mindy will hopefully be able to lead once she has a transplant.

“This is an encouragement to my mom. It's almost a love letter. Here are the things that we hope she can do when she gets her new kidney,” says McCray. “We want these to be a comfort. We want them to tell a story. We want these bears to continue to travel and continue the MinMinBear challenge after my mom hopefully finds her perfect kidney match. The bears are meant to be something to be people can connect with. A story people can understand. Something that can be for children and adults.”

One of the organization’s future goals is to help others who may need organs or suffer from chronic diseases, all with the help of their MinMinBears, the foundation’s mascot.

“If you really think about the people in your life, you'll likely find that in some way you know someone that's been touched or affected by organ donation,” says McCray. “Our goal is that the foundation and our first challenge will offer hope to not only my family, but our community and beyond. By joining our mission, you’re not only helping to save my mom’s life, but you're helping to save other people's loved ones, too.”