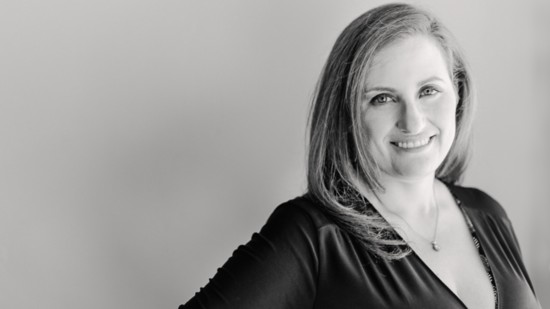 Danielle Erlich has a life worthy of the big screen in more ways than one. The Paradise Valley screenplay writer bounced between here and Los Angeles, where she was born, brushing arms with celebrities and chasing dreams of stardom. But she always struggled with her health, rarely had enough energy, and it was all compounded by anxiety. Even the best doctors couldn’t find anything wrong. Her escape was writing—until she couldn’t do that either.

Then a few years ago, Danielle headed to a doctor because she was sweating even when others were cold. The doctor noticed the discoloration of her skin and ordered a biopsy.

This was the test that led to the diagnosis that changed her life.

“I have small fiber neuropathy. It’s where the immune system attacks your body’s sympathetic nervous system. That’s the motherboard that handles everything your body does without being aware of it. I also have idiopathic hypersomnia, which pretty much means I will never have energy unless it’s from stimulants. Without those, I can’t function,” she explains.

With answers came relief, followed by success. In the past two years, Danielle’s screenplays Legacy and Luana have won 33 awards, nearly 60 nominations and more than 70 selections.

“Legacy took me 10 years to write because of being sick. I thought I had writer’s block, but it turns out I had a symptom called brain fog. As soon as they started treatment on me, the fog lifted and I was able to finish my first screenplay,” she says. “It was like I got my brain back.”

Danielle is particularly proud of winning the grand prize for best feature screenplay through The Great American Script Contest, which is attached to the Chicago Independent Film Festival. She’s also excited to be an Inroads Screenwriting Fellowship honoree and a top 10 finalist for the Stage 32 Fantasy and Sci-Fi Screenwriting Contest.

“The fastest way to make a career for yourself as a screenwriter is by winning film festivals. Normally fantasy doesn’t win, and normally you don’t win this much,” she says.

Her second screenplay, Luana, was written during her year of chemotherapy, which she will need to receive again at the three- and seven-year marks. The word behind the screenplay is "rebirth" because that’s how she felt going through chemo.

“I was being born again,” Danielle says. “Obstacles are put in your path. They’re there to build you into the person you’re meant to be. If I hadn’t suffered the way I had, I wouldn’t have needed the escape to create Legacy.”

The fog is still lifted, and Danielle is almost finished writing the first draft of a new screenplay.

“I’m taking one of my favorite fairytales and bringing it back to how fairytales were originally. It’s darker than anything I’ve ever written. It’ll be interesting to see how people respond to it.”

When a bullied teenager seeks refuge at an Irish castle, he travels to a magical world he never knew existed, where his long-lost father turns out to be king. But the king has been kidnapped by an unknown assailant, and now the responsibility to rescue him and save humanity falls to his clueless son.

This is the first installment of the saga and is published on Amazon.

After her parents and unborn brother are murdered, the last dragon whisperer, a 16-year-old grieving teenager named Luana, goes on an epic quest to avenge their deaths and rescue her village from blood-thirsty banshees.

Luana is the origin story for Legacy and is only available to entertainment professionals.