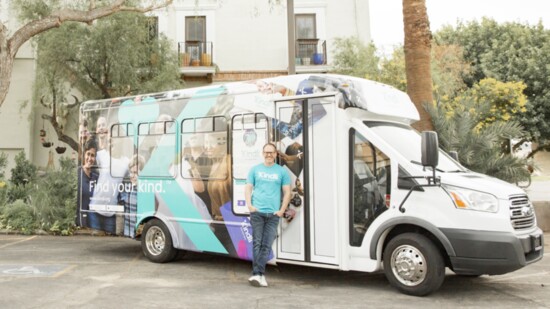 It was 2017, and Martin Diamond was brainstorming.

The founder and CEO of VURIA, LLC, a digital media firm in Scottsdale, he has managed the design and development of thousands of web and mobile projects, marketing initiatives, and media productions for companies around the world. He was well-versed in the digital space, which is where the father of three saw something he realized he wanted to change.

“My problem was looking at social media and seeing what I thought were so many things wrong with it, which I [then] sought to fix, to give it a purpose and make it better,” he explains.

As of last month, what began as an idea launched as an app, website, and social movement.

Kindli, as it’s called, is a platform with a purpose—and it’s ready to change the world.

Kindli was built to focus on the positive and eliminate the negative. Yes, that means that there’s no bullying or hateful language, and there are no depressing conversations about news or politics. Instead, the narrative is on kindness and positivity.

The revolutionary idea was created to propel a sustainable movement that impacts positive global change.

Even in just its development stage, the idea of spreading kindness had a big draw. In that time, it attracted such founding members as professional baseball and football star Tim Tebow, three-time Olympic Gold medalist Kerri Walsh Jennings, and WWE star Thaddeus Ballard (also known as Titus O’Neil). And Darleen Santore, also known as Coach Dar and for her work with professional athletes, also signed on as the CKO—Chief Kindness Officer.

“I have served as the U.S. Ambassador for Global Pay It Forward Day since 2015, and as a board-certified occupational therapist and mental conditioning coach, helping the well-being of others and creating positive global change has always been my personal mission. When I was asked to partner with Kindli as Chief Kindness Officer, I knew this would be an incredible opportunity to make an impact, spread kindness, and help boost the mental well-being of people who use social media daily. I believe the world needs Kindli and is ready to create a positive and tangible shift in humanity,” Santore says.

So, what  exactly is Kindli?

While in some respects it looks similar to the social media apps that most people are already familiar with in that they can post, like, and comment, Kindli is distinctly different. Everything on the site is positive, and kind acts are celebrated. It is designed to be a safe space for people to connect, and where they can be inspired or inspire others.

In addition to the platform, Kindli provides a home for the “Pay It Forward” movement with real-world Kindli Cards™, a proprietary, patent-pending method of tracking kind acts worldwide.

Diamond explains them by using the well-known Starbucks drive-thru “pay it forward” experience. Except, in this scenario, a Kindli user would leave a Kindli Card with the barista, and ask them to give it to the car behind them when they tell them their order was paid for. The card—which has no details on it that would personally identify the card’s giver—has a QR code. If the person who was on the receiving end wanted to say thank you, they could scan the card with their phone and send an anonymous thank you message, photo, or video to the Kindli member. That member could then share that message to their Kindli profile to inspire others to perform their own acts of kindness. Those involved do have the option to reveal their identity and connect on the platform if they want.

Not only were the cards created to inspire kindness, but to track the number of kind acts they inspired, as well. Kindli founders have a mission of inspiring one billion acts of kindness around the world.

Making it a Positive Place

Anyone can create an account on Kindli and browse for free, but there are safeguards built in to ensure that it remains a safe and positive place.

In order to comment or post content—the first time only—members are required to make a one-time, one dollar payment, which Kindli then donates 100% of to one of its charity partners, which include organizations such as United Way Worldwide, Boys & Girls Clubs of America, ASPCA, GLAAD, Special Olympics, Disabled Veterans, Susan G. Komen, Tim Tebow Foundation, and Bullard Family Foundation. This feature is designed to not only eliminate fake accounts, but, since the purchase will be linked to an in-app purchase, enforce accountability and strict content guidelines.

The proceeds help with another of Kindli’s goals—to donate one billion dollars to nonprofit organizations.

Diamond agrees that inspiring one billion acts of kindness across the globe and donating one billion dollars to charity are big goals, but says confidently, “Yes, they are lofty goals, but I think with this platform we can reach them.

“The basic premise [of Kindli] was to create a positive alternative for social media where people can interact and walk away feeling good about the time they spent on the platform, and maybe feel a little more positive about the world and life in general, rather than what I saw was just a downward spiral of negativity and a very hostile, very unfriendly environment that was being fostered and just increasing in ‘traditional’ social media,” he explains. “It really just was trying to figure out a path to fix what I saw were the major flaws in those platforms that were allowing them to be abused and taken over by hate, and, essentially, allowing them to become a very, very toxic environment.”

Kindli also aims to change the current perception of what it means to be an influencer on social media. Currently, influencers are generally popular and are often endorsing products. Kindli hopes to alter that definition to someone who changes others’ behavior and inspires them to do things, and truly makes a positive impact on those around them.

“On Kindli, rather than putting the focus on just likes and popularity, our emphasis is more on what have you done to make a difference, and how much of an impact are you making?”

Everyone from companies to celebrities to individuals will be able to show the world how much they are an influencer by the number of Kindli cards they’ve given out, based on the number that will be linked to their profile.

Kindli also now has a dedicated bus, which goes around with what they call their “Street Team,” and often a celebrity, making random stops to do random acts of kindness. This was recently on display when Tebow and the Street Team took the bus around Phoenix and stopped at a gas station, where they surprised customers by paying for their gas, and Tebow actually pumped their gas and cleaned their windshields. They also stopped by a teen football practice, where Tebow gave them an inspiring speech, as well as a grocery store where they paid for customers’ groceries, and more.

“I hope that this platform helps the well-being of people—their mental health—and it lifts up their spirits and inspires them to serve. I hope this is the platform they turn to, to be uplifted and inspired. [After being on the site], I want people to leave it better than they started their day. This is going to change the word for better,” says Santore.

Find Kindli at Kindli.org, or download the mobile app in the App Store or Google Play. 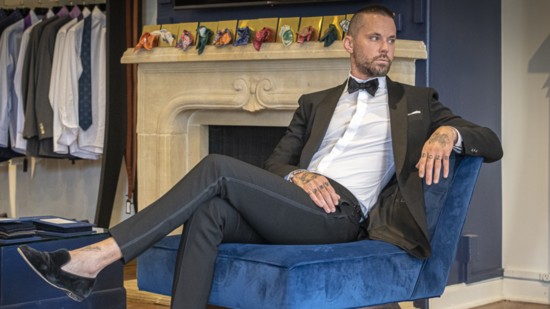 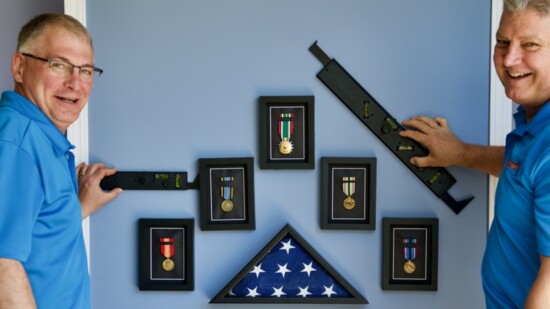