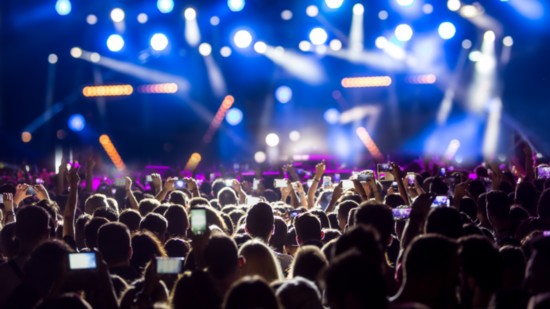 Night Out with the Arts

One of many great things about living in Chandler is that residents don’t need to travel far to experience a night of culture and the arts. There’s live music, theater, and entertainment options close to home. Here are some fun places to explore.

Good Time Charli’s is a family-owned and -operated bar and music venue. It offers a wide variety of live music, including classic and alternative rock, country, blues, Latin, R&B, dance and jazz. Make it a family affair during the day or come later for a night on the town. The locale’s from-scratch kitchen whips up bar food favorites, as well as plates like Filet Tenderloin and Salmon Pesto Sliders. There’s also weekly karaoke. See who’s playing at GoodTimeCharlis.com.

SoZo Coffeehouse offers live music Friday and Saturday from 7-10 p.m., and most Thursdays. It welcomes local musicians to perform, and features some of the best talent in the Valley. The coffeehouse has seating for close to 200, and donates a portion of every purchase to programs seeking to improve the world. Their tagline: Coffee with a Cause. Learn who’s singing at SoZoCoffee.org.

ImprovMania hosts improv comedy shows every Friday and Saturday. Performances are created on-the-spot, based on audience suggestions. The 7 p.m. shows are family-friendly, but the 9 p.m. shows are unfiltered. Standup Comedy is on Saturday at 10 p.m. Their cast is comprised of local professional talent, and the audience is a huge part of every show. They sell snacks, wine and beer, and are within walking distance to restaurants in downtown Chandler. Purchase tickets at ImprovMANIA.net.

ESCAPE:chandler is Chandler’s only escape room, and is a family-owned business. Teams work together to escape a themed room by solving a series of puzzles and riddles that follow a storyline. Their newest room is The Cabin, and the story is about a camping trip gone wrong. Players have one hour to use strategy and ingenuity to solve the mystery and escape. The rooms aren’t truly locked, but the excitement is real. Book tickets at EscapeChandler.com.

Chandler Center for the Arts, located in the center of Downtown Chandler, offers music, theater, comedy and dance performances. The Main Stage boasts 1,500 seats and a new state-of-the-art sound system (they’re the first venue in the U.S. to have it!). With just 346 seats, the Hal Bogle Theatre offers a more intimate experience. February performances include the returning sell-out group Doo Wop Project, an afternoon with the legendary Shirley MacLaine, and energetic and extraordinary Irish dance in Murphy’s Celtic Legacy. Learn more at ChandlerCenter.org.

Wild Horse Pass brings the smoky-voice alto of Toni Braxton to the stage. Also, this month Bob Anderson’s Frank Sinatra tribute and Abba Fab, an Abba tribute. Learn about other performances and purchase tickets at PlayAtGila.com/events.

Hale Center Theatre, a family theater in Downtown Gilbert, offers three shows on stage in February. Cash on Delivery, a comedy about the hysterical antics of a man who discovers a loophole in the welfare system; Singin’ in the Rain, a musical comedy full of music and tap-dancing; and The Marvelous Wonderettes: Caps and Gowns, performing exciting renditions of ’50s and ’60s classics. Go to HaleTheatreArizona.com for times and tickets.

Higley Center for the Performing Arts brings Steel Magnolias to the stage, a funny and heartbreaking story of female empowerment and resilience. Duck Dynasty comes to Arizona with Uncle Si and the Sicotics. Musical performances include Gentri, a gentlemen trio, and the four-part harmonies of The Oak Ridge Boys. Learn about other performances, tickets and times at HigleyCenter.org.