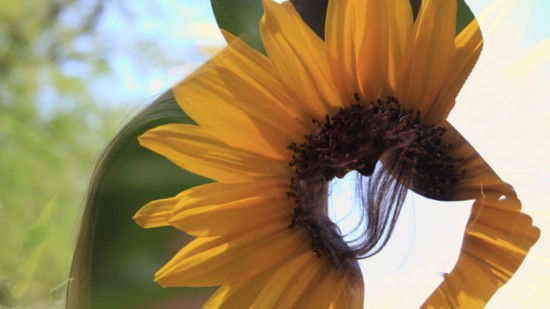 One photo closer to freedom

Greg Wickenburg is a self-taught professional photographer who specializes in taking in-camera double exposures. He photographs one subject, reloads the digital image, and takes a second shot on top of the first. He creates something unique and different between the two blended images. He never edits his photographs. Occasionally he crops, but only because it can be a challenge maneuvering his wheelchair close enough to the subject.

Wickenburg was in an automobile accident when he was a teenager and is now a C-5 quadriplegic, which means he’s paralyzed from the shoulders down and only has partial arm movement.

“I’ve loved photography since I was a kid. I used to collect coffee table books from around the world,” says Wickenburg. “In the '90s I bought a fairly nice camera and I couldn’t get any of the shots to work. I got frustrated and quit. A couple of years ago I saw a photograph and was inspired, and thought I could try again with all the modern technology.”

The inspiring picture was a double exposure and the modern technology he speaks of are advancements in digital cameras, touch screens and wi-fi. Wickenburg mounts his Canon camera with its Tamron lens on a Mount’n Mover movable arm, braced on his wheelchair. This makes it possible for him to adjust the camera independently.

He snaps his shots by holding the shutter cable in his mouth and pushes the button with his tongue. He uses a computer stylist to adjust the camera settings.

“I moved to Chandler from Seattle in 2004, mostly for the weather. My injury makes my body temperature run very low, so I’m often too cold,” he says. “I never left the house in Seattle. Here I take 10-mile jaunts. Once I got the camera and got outside, it’s been a life-changer.”

Wickenburg enjoys taking photos of nature and wildlife, even though wildlife is his biggest challenge.

“It’s hard to get close enough to things and I’m so slow. By the time I get a camera pointed and focused, often it’s too late,” he explains.

Nevertheless, Wickenburg would like to photograph a coyote. He’s waiting for the weather to warm up, and then he can be outdoors earlier in the day.

His favorite photo is of his Papillon service dog, Roo, overlaid with a butterfly. Papillon is the French word butterfly. It’s the fifth photo Wickenburg ever shot and the first he sold.

“I have an email from the lady who bought it, and a picture of it up on her mantle,” he says.

Roo is more than a cute sidekick who enjoys collecting golf balls on their strolls around the course. He also retrieves dropped pencils and removes the credit card from Wickenburg’s shirt pocket and places it on the counter. Roo is a rescue, going on 13, but even with health issues Roo takes his job seriously.

Seemingly small things like placing a credit card on a counter can be the difference between independence and dependency. Wickenburg has his sights on freedom.

“I haven’t been able to drive for 36 years. I took some driving lessons and if we can raise enough money to buy a van, I can go where I want, when I want.”

Vocational Rehab will fit a vehicle with the needed equipment, but first he needs a new van. Along with the sale of his art, Wickenburg has a GoFundMe page to help reach his goal.

Wickenburg sells his images at Art One Gallery in Scottsdale and his art can be viewed on Facebook. Every piece he sells brings him one step closer to freedom.