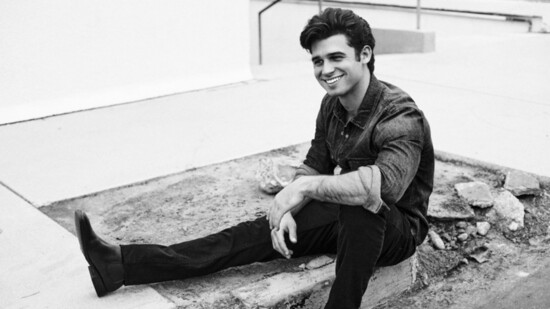 Catching up with the former Kirkwood resident

I never imagined myself joining a super-hero universe. I am so grateful to be a part of this cast. The DC Universe is a surreal experience. We just finished shooting season 1 of Stargirl and I am extremely excited about season 2.

Your character Daniel in the Disney+ movie “Safety” is also heroic.

Daniel is inspired by a combination of a few different people from Ray McElrathbey’s life. I had a lot of freedom with the role. It was the first time I was able to tap into my Italian heritage and use an Italian accent. The director was responsible for hiring the cast, so I must thank director Reggie Hudlin, East St. Louis native, for trusting me with the part.

The football scenes in the movie look real.

The football scenes were shot during halftime at a Clemson football game.

We had seven minutes the field to shoot the football plays. Live. One take each. No second chances. There was no greenscreen. There was no faking it. The Clemson crowd went nuts with all the cheering.

What are you passionate about?

Of course, family. I owe everything to my parents, shout out to Cat and Gregg (Kirkwood residents). Beyond that, I advocate for animal rights and animal welfare. I have partnered with St. Louis Stray Rescue and Stand Up for Pits Foundation. I plan to use my voice and my platform to end animal abuse.

Stargirl follows high school sophomore Courtney Whitmore (series star Brec Bassinger) as she inspires an unlikely group of young heroes to take up the legacy of a long-lost superhero team—The Justice Society of America—and stop the villains of the past.  Hunter plays Cameron Mahkent

“Safety” is a drama inspired by the empowering story of former Clemson University football safety Ray McElrathbey (Reeves), a young man facing a series of challenging circumstances, whose dedication and persistence help him to triumph over repeated adversities. Aided by his teammates and the Clemson community, he succeeds on the field while simultaneously raising and caring for his 11-year-old brother Fahmarr. Hunter plays Daniel Morelli, roommate and teammate of Ray McElrathbey.