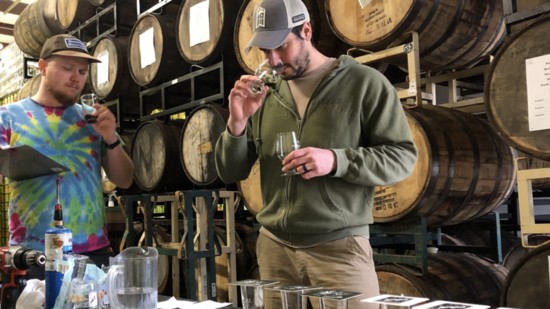 Experience eight of the state's most unique breweries

Not that long ago, the Oklahoma craft beer scene was small and almost non-existent. Revered pioneers including Choc Beer Company, Marshall Brewing and COOP helped to pave the way for the explosion of craft breweries we see today.

Thanks to overwhelming community support, Oklahomans have embraced local breweries with gusto.

Craft beer enthusiasts are always looking for special releases and limited production beers and aren’t afraid to try something new - even a beer that is brewed with pizza or chocolate or pizza and chocolate while others stick to their new favorites that are available all year long. The beers listed below can be found at independent liquor stores and restaurants across Oklahoma.

Founder and brewmaster, Tony Peck, launched his brewery with “Amber” and still best-known ale with hints of toasted malt and a smooth finish. Look for the limited release, Oktoberfest – Dunkelweizen, a dark wheat ale brewed with a hefeweizen yeast.

Jerod Millirons and Dave Monks founded Iron Monk Brewing Company, bringing the first craft brewery to Stillwater. “Stilly Wheat” is their most well-known beer, a crushable Belgian wheat that is brewed with Gallagher wheat developed at Oklahoma State University. “The Nine IPA” is the most recent addition to Iron Monk’s core list of beers. Ever the Pokes supporters, the label design was a contest among OSU design school students.

The water used to make these beers comes from the crystal-clear Mountain Fork River and is the only brewery in southeastern Oklahoma. It’s a beautiful place tucked in the hills of Broken Bow.

So many breweries have popped up over the last 20 years, many names were taken, so Travis Richards created Nothing’s Left Brewing Co. “Strawberry Blonde” is a wheat beer with loads of strawberry puree added during fermentation.

Prairie was propelled to stardom by a 100-point score from Beer Advocate for “Bomb!” an imperial stout aged on coffee, vanilla, chocolate and chilis. Prairie also received the prestigious Top 100 Brewers in the World by RateBeer four years running. Prairie’s special releases are met with incredible market support and sell out almost immediately.

“Everything Rhymes with Orange IPA” is an Oklahoma favorite with its hazy, juicy and citrusy hops. This beer is both full and soft bodied and finishes clean and dry. Their approach to a seasonal beer is the new Acrylic Series ranging from lagers to double IPA’s.

Joel Irby, founder and brewmaster, brews a classic style line-up along with innovative beer. His pedigree from Avery Brewing and Boulder Beer Company helped to hone his skills to become one of the best new brewers in Oklahoma.

“Neon Sunshine” is a Belgian wit beer is brewed with coriander and orange peel but is unique due to dry hopping with tangerine peel. So hard to have just one. “Astrodog IPA” is another one of Stonecloud’s most popular beers promoting a match made in heaven with juicy tropical fruit and resinous pine.

Someday, if the ever-rotating beer scene shows signs of slowing, let us hope that it is many years in the future. There is no shortage of hard-working Oklahoma brewers to make this a reality. It just takes a dream and a brand the people can get behind. It is exciting to see where this industry goes. Make sure to keep supporting your local breweries and let’s raise a toast to our great Oklahoma Brewers!