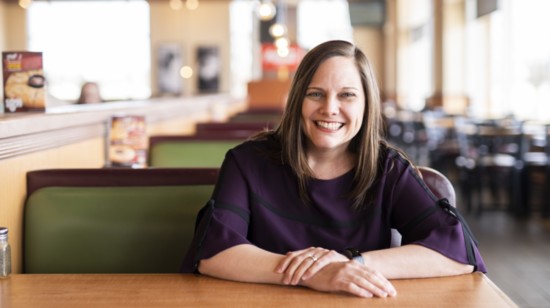 The restoration and renovation of Harwelden Mansion and The Church Studio is the current passion of Tulsa entrepreneur Teresa Knox. Her involvement in commercial property acquisition and historical preservation comes after many years in career and technical education. Knox is the founder and former CEO of Community Care College, Clary Sage College, and Oklahoma Technical College. In 2015, she converted the schools into a nonprofit called Community HigherEd and now serves on the executive board.

Most recently, Knox purchased Harwelden Mansion and is restoring it to its original Tudor-Gothic design. Listed on the National Register of Historic Places, the 1920’s mansion was a private residence and in later years, home to many arts organizations. When completed, the mansion, gardens, and carriage house will serve as a boutique hotel and events center.

The Church Studio, built in 1915 as one of Tulsa’s first integrated churches at 304 S. Trenton, was turned into a world-class recording studio in 1972 by Leon Russell. A devoted fan of Russell, Knox purchased the building and is restoring it be a recording studio, theater, and community space. She and her husband Ivan Acosta worked nearly a year getting it listed on the National Register of Historic Places due to its historical significance to Tulsa and the music industry.

Lori Carver is the president and CEO of Mazzio’s LLC based in Tulsa. Carver joined the Italian food chain in 2012 as the chief financial officer and stepped up to the senior position in 2018. Carver graduated from SMU with a degree in accounting and became a CPA in 1994. After working as an auditor at Arthur Andersen LLP in Houston and Baltimore, Carver moved to Tulsa in 2004 while working for Barton Cotton, Inc. as CFO.

In her personal time, Carver is the leader of a Girl Scout troop, sings in the choir at South Tulsa Baptist Church and serves as the church treasurer. She also volunteers as a counselor for youth at camps and mission trips. “Teaching our youth and investing in their lives is very important to me because they are our future and need our guidance in their early years,” Carver said. “Mazzio’s is also committed to investing in our youth and providing first jobs for so many which is something we want to continue for years to come.”

Khara Rogers is the community relations officer for the Tulsa Police Activity League (TPAL) and was named Tulsa Police Officer of the Year at the 2019 Above and Beyond Awards sponsored by the Rotary Club of Tulsa.

Influenced by her father who was a police officer in Norman, Oklahoma, Rogers chose a career in police work after seeing the impact his work had on the community. She joined TPAL to help build positive relationships between youth, police officers and the community to prevent crime.

Recently, she was given a pink police car to celebrate her work ethic and to provide visibility in the community. She credits Major Travis Yates for the TPAL program which he created in 2007. “He has allowed me the freedom to explore different organizations and program ideas to find the right fit of TPAL at its infancy.” TPAL offers recreational, educations, enrichment and mentoring programs for youth ages 7 to 17 at no cost.

The Rotary Club of Tulsa's Above and Beyond Awards, founded in 2008, recognize Tulsa's police officer and firefighter of the year for outstanding acts of character, commitment and compassion to both their profession and community.

Kelly Meeks is the winner of the E. Stanley Hawkins Firefighter of the Year award in Tulsa. Nominated for the award by her peers, Meeks received the honor at the annual Above and Beyond Awards event conducted by the Rotary Club of Tulsa.

Meeks has served as a firefighter for 11 years. She is stationed at two firehouses serving the Tulsa airport where she is also participating in FAA Aircraft Rescue and Fire Fighter training. Meeks graduated from OSU with a degree in Human Nutrition, but her true calling was to help others which led her to become a firefighter and medic.

In her personal life, Meeks volunteers for the Little Light House as a classroom helper for children with special needs, and for Meals on Wheels where she delivers nutritious meals and provides wellness checks to home bound seniors.

The firefighter of the year award is named after former Tulsa Fire Chief E. Stanley Hawkins who served the department for 37 years – 21 of those as chief.