Pulling Back A TV Curtain

He fell into Nashville on a whim, in a similar way that he’d one day fall into being known as a reality television sensation. “A few friends and I visited from Connecticut, we saw the exciting things it had to offer, and all of its lovely women. I got into a fling and decided, hey, why not make this great city my home,” says Shawn Booth, 34, a native of Windsor Locks, Connecticut.

This is the part where one might assume that “the rest is history,” but that would be among the greatest  underestimations of the century. In the years that followed, Shawn’s life would take a cinematic turn that he never could’ve predicted.

In 2015, he appeared on Season 11 of ABC’s "The Bachelorette," instantaneously swapping sparks with the show’s leading lady, Kaitlyn Bristowe, in front of all of America. Which is also to say that he was tossed, full-speed, into a frenetic pulse of life–one that was completely foreign to him. In what he says felt like the snap of a finger, he went from being what he calls “a regular guy,” working 9 to 5, to a reality TV phenomenon and red-hot topic of conversation among suburban housewives.

Suddenly, every Monday night, 10 million people were curling up in front of their screens to gasp and shrill over every amorous frame of his budding relationship. Suddenly, to the world, he’d become fascinating in ways that no one had ever considered him to be fascinating before. He was being interviewed on the "Jimmy Kimmel Show," "Good Morning America" and "Entertainment Tonight."

“Inside, I was still the small-town kid from Connecticut. Being thrown into that spotlight, and feeling like you have to live for your audience, I realized how it might cause a person to lose sight of who they are,” Shawn says.

Precious moments in time have become performances. From meals to romantic milestones, nearly everything is documented. Many people are addicted to watching the private lives of others unfold, and Shawn has some not-so-shiny thoughts about it.

“It was strange to see how differently people were treating me. It was fascinating, but also sort of confusing. My life was no more important after being on TV than it had been before,” Shawn says.

He adds, “I never felt like I’d done anything to gain so much exposure–other than just show up on their TV screen, so I promised myself from the beginning that I wouldn’t let the experience define me or change me. And I’m proud to say I haven’t.”

By the end of the season, Shawn had been selected as the winner, and was shown kneeling on one knee to propose to Kaitlyn, presenting a blindingly extravagant masterpiece of a diamond ring. Instantly, America swooned–falling even harder in love with their love.

Except, though the couple would remain intact for three more years, they didn’t exactly ride off into the sunset together. Shawn says that, in the aftermath of the show, he shuffled through nearly every emotion possible – many of them unpleasant. “It was a great time in many ways, but it was also a pretty dark time, too. I felt like my public relationship had become my identity,” he says.

Shawn says his sudden relevance solidified for him that he needed to better value his true friendships, the people who knew him as Shawn, not as the guy on TV who was engaged to Kaitlyn. “The craziness of becoming so known made me more appreciative of those who genuinely value and support me, and cautious of those who might not,” he says.

So, then, what was it like to have his relationship fall apart in front of the world?

Break-ups are disenchanting enough in private, but when there’s a limelight shining over you, and you spot your face splattered across magazine racks, punctuated by headlines that speculate about the nuances of what went wrong, while standing in line at the grocery store, merely trying to buy yourself dinner, it can land a bit violating.

“I was getting hundreds of messages from people who seemed so crushed, because they loved our relationship, or, at least, their view of our relationship. They’d tell me that they were crying and grieving. I didn't want to disappoint the people who’d supported us for so long, but it was hard to digest,” Shawn says.

To keep his emotional footing, Shawn hurled himself into entrepreneurship, investing time, energy and sweat into his new business, BoothCamp Gym, located in SoBro, on the edge of The Gulch.

“I knew that if I could turn my focus toward other people, and if I could channel my energy into helping others achieve their fitness goals, and feel amazing about themselves, it would help me move past what I was going through,” says Shawn.

As for his relationship with his own far-reaching presence, Shawn says he enjoys connecting with people all over the world, and definitely at his gym, but that he mostly finds social media to be poisonous. “I force myself to put my phone down, as much as possible. I think social media can be a huge mental health threat. It’s a world of comparisons, highlight reels and illusions. It’s scary because sometimes it’s hard to know who someone really is,” he says.

And, as for dating, Shawn says he’s done quite a bit of that over the past few years, but has avoided going public with any relationship. Watchful eyes put unimaginable pressure on romantic entanglements, and that’s a realm he’s not ready to step back into. Though, with the right person, he hopes it’ll be worth sharing with the world, though maybe in a more contained fashion. “You shouldn’t feel like you have to put on a show for anybody, especially about your relationship,” he says

He’s also shy. “I’m incredibly introverted–my friend recently described me as ‘socially hesitant.’ I sometimes worry that fans of the show assume I don’t want to talk to them or take a picture with them when they see me, but that’s not the case. I’m honestly just extremely shy,” he says.

So, "Bachelor" fans, it’s probably a safe bet that you won’t be seeing any pictures of him canoodling with a sexy love interest anytime soon. But do expect to see pictures of another special someone: his dog, Walter, a golden retriever, who snoozed just feet away from him throughout the entirety of our conversation.

Their love story rivals anything you may have ever seen unfold in a rose ceremony, though it started in a way that could’ve been so tragic.

Shuffling back to the days before reality show stardom was in his orbit, shortly after graduating from Keene State College, where he’d played soccer, Shawn was in a near-fatal car accident. He spent the several months that followed recovering in a hospital bed. “I got hit in the driver’s side by a kid who was going 70 miles an hour. My jeep flipped six or seven times, and I thought I was going to die. That time of recovery was also mentally challenging, especially considering that I’m an athlete who’s been active my whole life,” he says.

After being discharged from the hospital, Shawn set his focus on fulfilling a dream he’d held for a long time: owning a golden retriever. When he found the dog, who he named Tucker, his paperwork revealed that he’d been delivered to Connecticut on the same day as Shawn’s accident.

“Tucker stayed with me through every high and low, big moves and major career changes. He was my partner in crime and the greatest thing that ever happened to me,” he says.

Sadly, at the dawn of quarantine, in the midst of so much uncertainty and heaviness, shortly after being forced to padlock his business’s doors, Shawn was also had to have Tucker euthanized.

“When I lost him, it sent me into the darkest place. But, not long after, I found Walter, who I learned was born within hours of Tucker passing. It was wild and so meant to be. He’s been my closest buddy ever since,” Shawn says.

So, then, what’s next for the television paramour?

His exploding business, BoothCamp, has on-demand personal training options and a fresh app, along with group classes and locations that are constantly in development. He also plans to exercise his fondness for Nashville by going full-speed into selling real estate.

“I actually had my real estate license since before I ever went on the show, though things got so hectic that I couldn’t do anything with it,” he says.

He adds, “But, now? Even though I never thought I’d have a public presence, I feel like it’s something positive I can do with it now. Especially in a thriving city I’ve grown to love.”

Fitness and sports played a huge role in Shawn Booth's life, and he injects that competitive drive and team spirit into his BoothCamp Gym in Nashville. Shawn says he supports class participants with his knowledge of fitness training as he pushes them to your limits. TEAM on three! 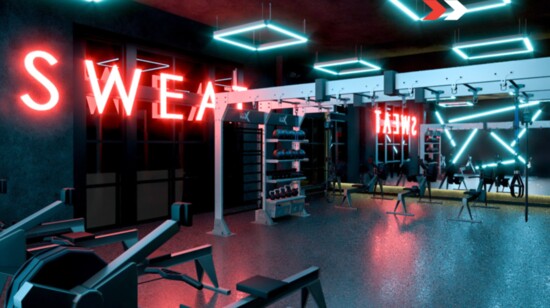 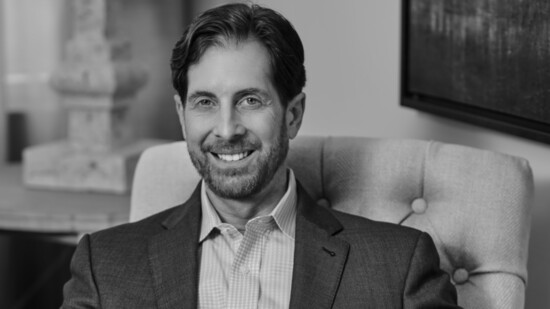