Jessica Wenger has always been creative. Her new brand, Naked Rebellion, gives her a chance to be creative and support women.

“I was always a theater kid and an art kid,” she says. “I was lucky enough to act in some of the Valley Youth Theatre musicals.”

But Wenger credits the costume designing to an encounter with the Scottsdale police when she was 16.

A spilled drink in her dad’s clean car led to one panicked moment of tossing a cup out of the window.

“I didn’t notice that the car right behind me was a cop. He gave me a criminal littering ticket.”

Faced with 280 hours of community service, she turned to her theater family.

“Bobb and Carol Cooper [owners of Valley Youth Theatre] gave me the opportunity to work in the costume shop and volunteer my hours while I was there rehearsing,” she says.

Wenger loved costume design and realized it could be a career. At 18, she left for fashion school in Los Angeles. Today, she continues to design costumes for everything from small indie movies to television shows to big-budget films.

Wenger remembers the first time, about 15 years ago, when she realized women’s needs weren’t being met by the undergarment industry.

“I was assisting a big deal costume designer,” she relates. “We were making these beautiful costumes and she asked me to go buy new bras for all of the talent.”

Wenger decided it was a stupid assignment, but off she went to the store to buy bras. She bought what she could and returned to work.

“I had all the right bras in the right sizes, and in walks this dance troupe from Africa,” Wenger remembers. “Every bra in my hand was beige. It was not their skin color, so it was not nude. I couldn’t believe the product didn’t exist and that women were so misrepresented in the industry. It was at that moment that I knew I wanted to change things.”

But a fashion company takes years to make connections and obtain financing.

“I didn’t have the ability at the time,” says Wenger. “But I knew that I could be an ally and be a catalyst for change.”

A few years later, while working on Dancing with the Stars, she realized how to make the idea work.

“Those outfits have to be danceable. You can’t have a nip slip or anything bad happen to your costume because it’s live on national television.”

To prevent disasters, they use a power mesh fabric and custom-dye it to match each person’s skin tone, building the costumes on that fabric.

“I realized I had this fabric that can fit anybody, and it can fit any skin tone. It's super comfortable. That [mesh fabric] is the main component of our bra.”

The mesh allows for both comfort and nude undergarments for any skin tone.

Wenger compares forcing women to wear an underwire with trying to force a square peg into a round hole. “It’s not the shape of a woman’s body.”

But having the concept was just the beginning. Wenger and her husband, Jay McPhaul, returned to the Valley almost three years ago. A fashion incubator in Tempe helped them develop the business and jumpstart the process.

“We started the process with no name, no anything in January 2019,” recalls Wenger. “We did every single thing—sample making, conceptualizing, branding, business development—in six months. We had a runway show in July 2019, launching with 10 models, one for each shade.” Wenger laughs at the irony. “We had no product, though. Just the samples the models were wearing. We decided we needed something for people to buy. We had some sample fabric left, so we made some scrunchies. They all sold out in one day. We essentially started a wholesale accessories company to bankroll us until we could get our production run going.”

In February 2020, the products were finally ready in Los Angeles. Wenger drove out to bring everything home and was in a car accident. Unhurt, but with all of her product stranded, Wenger finally made it home by duct taping the car together. And then the pandemic hit.

“We definitely did everything backward,” she laughs. “Swimming an uphill battle with the pandemic. But, because of our ability to understand construction and work with all these factories [in LA], we were able to develop some masks. We made masks in all of our shades and put a silk lining on them to prevent mask acne.”

Although they do sales online at NakedRebellion.com, Biltmore Fashion Park approached them to open a pop-up shop.

“We are so proud of it,” Wenger says. “It’s been really exciting for us and you can stop by and see products in our current nine shades. We’ve also teamed up with other female business owners, local and from across the country, to bring some really awesome accessories into the store.”

The shop is on the lawn between Saks Fifth Avenue and Williams Sonoma.

Wenger’s enthusiasm is electric as she talks about her vision.

“As women, we are absolutely incredible. If we band together, we can achieve anything. This tiny little brand that started as a dream came to fruition because of all the incredible women in my life who have supported me. I want people to see this brand and know they are part of a community.” 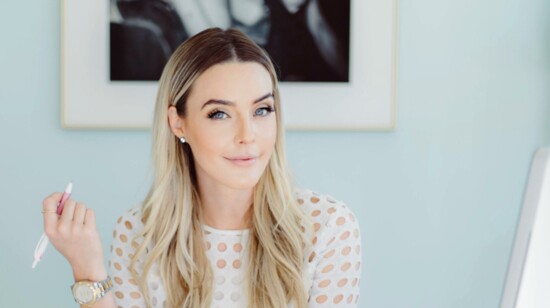 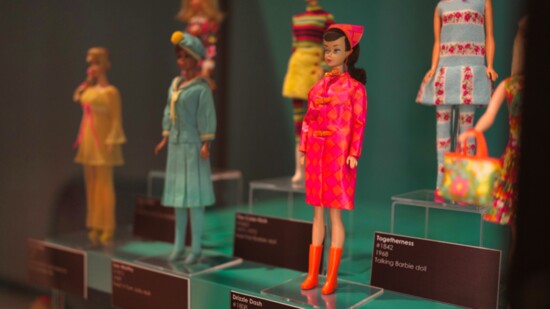