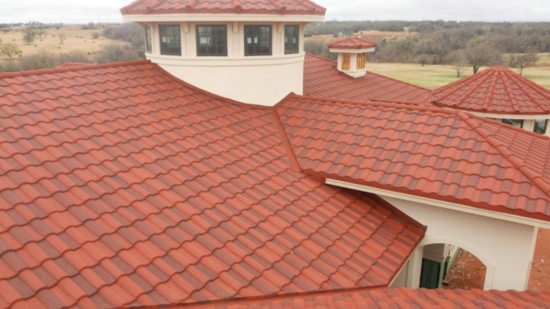 A Roof of a Lifetime

A Q & A With the Metal Roofing Expert

For more than 25 years, Charles Nichols, owner of Nichtech Roofing Systems, has been installing roofs which stand the test of time keeping homes warm and dry. With spring now in the air, and the high winds and hail it always brings with it, roof damage is a certainty. For those who may soon find themselves in the aftermath of Mother Nature’s tantrums, we thought a bit of information about those time-tested roofs might be nice to know. Below are some of the most asked questions Nichols receives about Nichtech’s storm-proof roofs.

CL - Since the roofs are metal, are they noisy?

CN – No. You will not hear any more noise than you will with an asphalt shingle roof. However, if there is hail, you will hear that, but you will also hear noise through a traditional roof as well. The stone-coated steel which makes up the roofs have a granulated surface like an asphalt roof and that dampens the noise.

CL – Will the metal roof cause one to get a lightning strike?

CN – There is no scientific proof that metal roofs increase the odds of a lightning strike. I have never had a client inform me they have had their roof struck by lightning.

CN – The best way to explain this is by exposing the myth that a lighter shaded roof will reflect sunlight. The reality is that in order for something to be reflective, it must be smooth. There is no asphalt shingle that is smooth. So a straight metal roof without stone coating would be more reflective, but there is very little difference in surface temperature between an asphalt shingle roof and a stone coated steel roof.

CL – Do insurance companies offer a discount for metal roofs?

CN – Yes. I cannot say that every company does, but the top three largest ones do. However, they may require a waiver be signed for small cosmetic damage such as dings. Depending upon where you live in the state of Oklahoma, that discount could be as much as 28 percent off the homeowner’s premium.

CL – How resilient are your metal roofs to damage like hail and wind?

CN – The stone-coated steel is unique because of its rigid construction, which gives it its strength plus the added stone coated surface. So even if the roof is damaged with dents, you will never see it. And because they are metal, they will not burn or crack and have a written warranty for 2.5 inch hail and up to 120 mph winds or equal to an F-2 tornado.

CL – What is the cost of your metal roof system compared to a traditional asphalt shingle roof?

CN – They are more expensive. It’s about double the cost of the shingle system that contractors use in new homes. There are two important factors though to consider. The first is that the cost of asphalt rises every single year. The second is that stone-coated metal roofs are a forever product. They never need replacing. I tell people that if they do not plan to stay in a home for longer than ten years, they should purchase asphalt. But if it is a forever home, a metal roof will more than pay for itself. I should also mention that though asphalt roofs are designed to last over 30 years, the average life span for one in Oklahoma is only nine years due to the weather conditions.

For more information about metal roofs and the many styles available, visit NichTechRoofSystems.com.